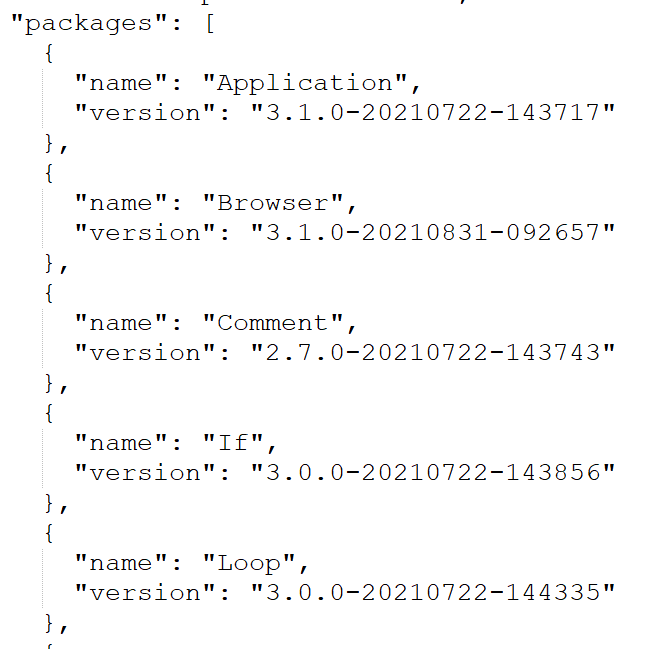 In the bot files that are generated while exporting automation 360 bots, the packages versions are also mentioned. Suppose if I build a bot in v25 of Automation anywhere control room. Now I am using the same bot on v26 of automation anywhere control room, it does not work anymore because the package version keeps getting updated with each release it seems. This is not ideal, is there a workaround, for example something to be mentioned in the bot file json so that it picks up the latest version of the packages or the ones installed in the environment instead of making them constant?

You can control this via RBAC. Checkout below article, hope this helps,

This is about managing and adding the packages I am aware of this solution. What I wanted to know is is there a way to mention it in the bot json only? Because if I build the bot and export it and give it to some one else who wants to run the bot and is on a different version of A360, what should he do? Because

So if there is a way to mention it in the json itself that the bot picks up the version installed in the environment, it would be great.

"Is there a way in which the bot picks up the latest packages instead of the ones mentioned?"- No, some packages might not be backwards compatible and bots would break.

"package version keeps getting updated with each release it seems" - This would not affect existing bots, existing bots keep using their version of package.

When you export the bots, your required packages also get exported(unless you decided not to).

If you import it into another control room, packages will also get imported along with the bot.