Now, we are trying to delete a file from server repository but AA client complains that the script is still being referenced by the same atmx file which was updated earlier. We are sure this is not referenced in another atmx tasks. 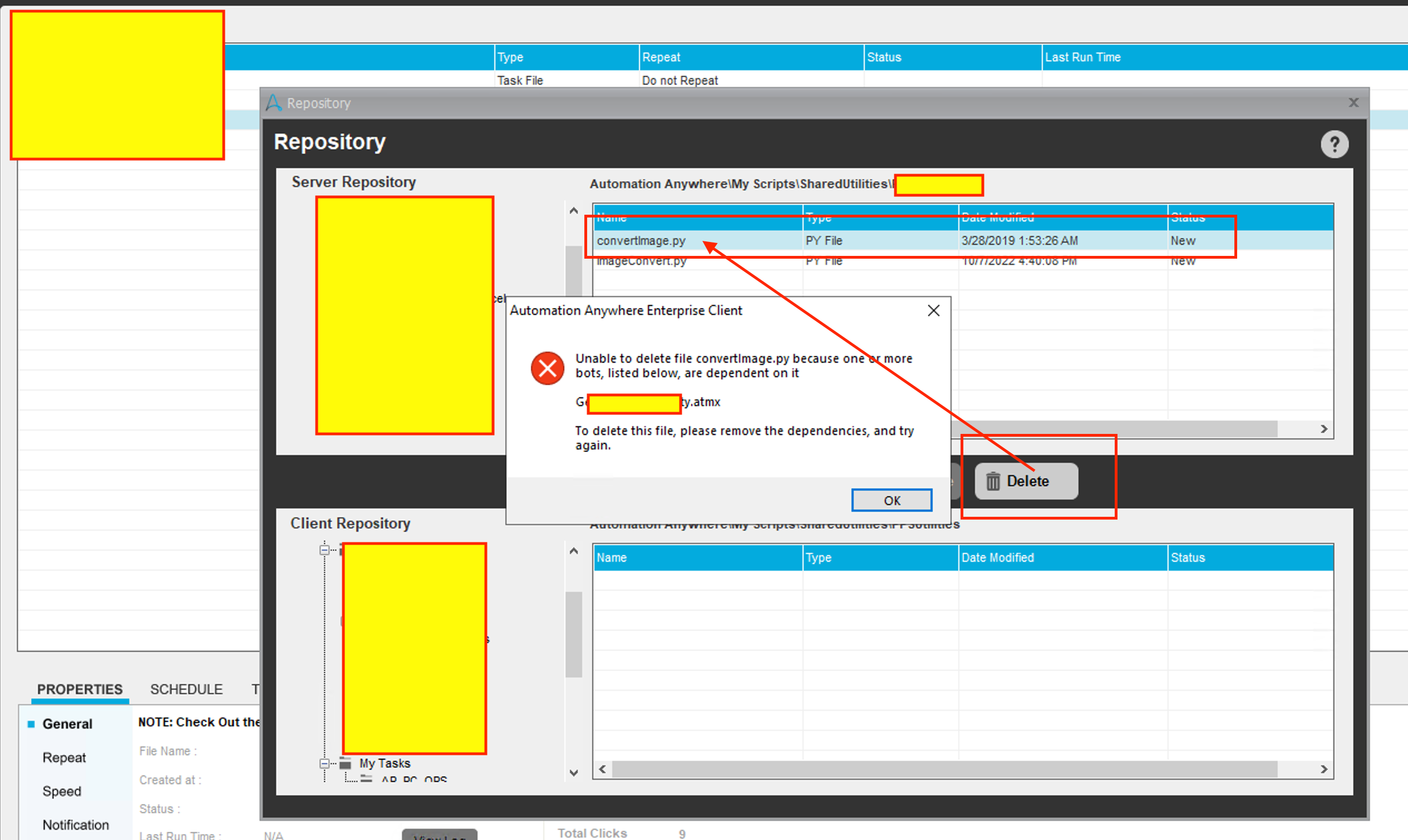