According to Everest Group, “roughly 35% percent of business applications, which run on mainframes or similar systems, force users to access applications through what is known as 3270 or 5250 emulations, sometimes known as “green screen”. In some industries with higher technical debt, this share is higher. For instance, when we examined the record-keeping systems for the leading ten firms in the US, we found 8 of the 10 firms running these applications on mainframe systems.”

Maintenance of these applications can be complex as many are fragile and few businesses want to extend their capabilities with Application Programming Interfaces (API) even though advancements in the operating systems on these platforms now facilitate this using high-level programming languages, such as Java. This results in one of three options for business: automate the interaction with these systems through the use of keyboard and mouse emulation via robotic process automation (RPA) tools, refactor/re-platform/redevelop on a modern application platform, or automate with RPA to create an API, which then can assist in the refactoring efforts.

Keystroke and mouse emulation or “Screen scraping” has been available for many years and is a great option. Now that this capability is incorporated into RPA tools, business users can develop complex logic for purposes of navigation, analysis, and decision-making as part of the flow. Moreover, users can use simpler user interfaces to capture input, such as HTML forms or spreadsheets, and then automate the manipulation of the “green screen” applications via a bot. 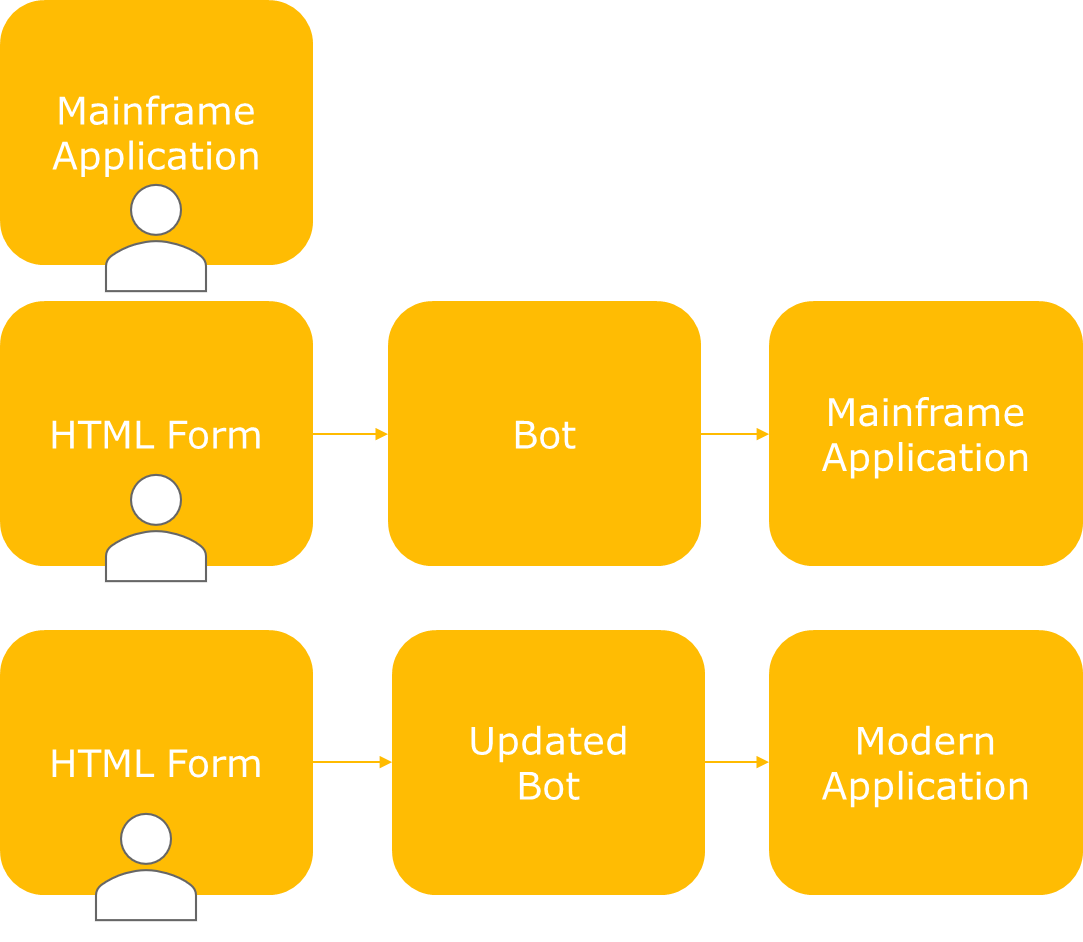 In either case, the user should be unaware that the underlying application has changed. Moreover, the business has reduced dependencies on expensive MIPS (mainframe execution metrics usually associated with the cost of licensing) and, hopefully, reduced the amount of technical debt that may hinder operations in the future.

This approach has been widely adopted for many business users who feel “locked-in” to their existing way of working and believed that their only option was to wait for IT to modernize the existing application. Not only does it increase overall data quality and user productivity, but the investment is leverageable even after some modernization has taken place. Moreover, it limits the number and types of changes users must embrace.