This post is from Automation Anywhere Developer Evangelist Micah Smith. It's intended to be an entertaining, challenging, and thought-provoking look into his personal views on the future of RPA/automation.

Sometimes I wish I could see into the future. I often wonder "Am I going to enjoy this piece of grilled chicken that my wife made me even though it looks like it may be undercooked, or am I going to spend all night vomiting uncontrollably?". In addition to wondering about the quality of the food I eat, I also think a lot about the future in terms of the work that I do now, the industry I'm in, and where Automation Anywhere customers may be 12-36 months from now. 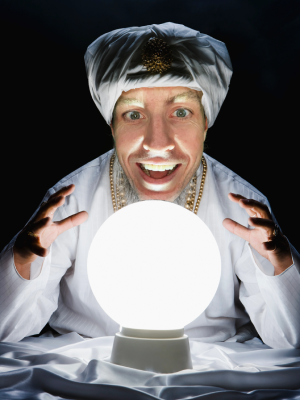 While some would discount that as useless mind-wandering (surely the food stuff, yes), in the role of Developer Evangelism it's an important consideration... I want to make sure that I, as well as fellow RPA developers/enthusiasts, can be well prepared for what comes next, and be well equipped to take on the challenges that the future may bring. Ideally, that desire to help empower and guide everyone forward comes through in the tutorials, challenge pages, and content that we have on the Automation Anywhere developer portal. Let's take a look into my automation-crystal-ball to outline a couple of forward-looking trends that I see becoming a reality/more mainstream in 2022 and beyond.

Bots as a Service (BaaS) 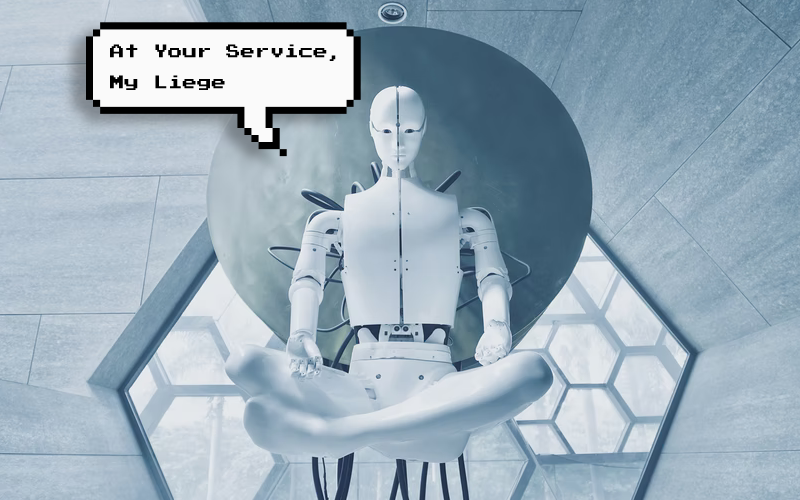 A number of RPA implementations have yet to move beyond tasks run on schedules or some light use of triggers. My first prediction is that an architecture model of "BaaS" or Bots as a Service starts to become much more common, and a much more frequently implemented use case...especially in situations where no screen scraping is involved. If you look at how a typical organization starts their RPA journey it's:

First off - there's nothing wrong with that maturation process - as long as there is low-hanging fruit and processes to automate that provide a sound ROI, I'm 100% with you. I'd suggest the next maturation for many of these organizations, though, is starting to think of their bots as digital workers that can be called on-demand to complete tasks and return a response.

Take for example the process of onboarding a new employee. They need to be provisioned in payroll, they need to be added to the insurance program, the security team needs to initiate the process of setting up an access badge, user accounts have to be created, etc. A task like this could easily be envisioned in a workflow application, where different tasks of the onboarding process are delegated to various users with final sign-off checks in place to make sure all the tasks are done. If a bot was created to specifically provision this newly hired individual in the company payroll system - that bot could be invoked from the workflow application with the data required - and that task could be completely automated. A totally separate bot could be called for provisioning system access based on this person's role/team assignment.  In this way, the already-in-place workflow application can still orchestrate the entire process end to end - with certain steps still being assigned to employees, while other steps in the process can be delegated to and completed by bots.

Going further, I think this BaaS model can also lend itself well to small "bot-driven-microservices" that can do isolated tasks and can be invoked at any point from anywhere. Various departments may start to have an entire structure of bot-based "microservices" that they publish and maintain that others can call when they need to make use of that department's data/systems. These services won't even require a dedicated runner...they just wait for tasks, field requests, and respond just like a service built in Java/Python/.Net.

Some customers have already begun to scratch the service of Human/Bot collaboration - but I see this becoming a much more common usage pattern in 2022 and beyond. For customers that have started using Automation Anywhere's Robotic Interface (AARI) - they're aware that desktop and web user interfaces can quickly be created and customized for users to send and receive data from bots. Implemented in call centers, through Salesforce's UI, and through customized desktop implementations - this solution enables humans to invoke bots on demand.

Taking things further though, I'd expect to see more use cases that are human-in-the-loop-only-when-needed...to say that humans will increasingly handle the exception processing of bots as opposed to needing to do the heavy lifting themselves. I'd also extend this point to suggest that bot-initiated processes may start to contain points at which they can trigger a human task for necessary input/validation/exception processing.

Think of the scenario of mailroom operations. Mail comes in, needs to be scanned, then needs to be distributed to the appropriate group within the organization. Current-day processing may mean that after each mail item has been scanned, it has to be manually classified and sent to the appropriate team for processing.  Target state processing means that bots are able to classify incoming images, only sending exceptions for human review - which coincides with my next prediction for an expansion on intelligent automation.

Finally, I'd suggest that these published interfaces for humans to get involved will continue to mature - to the point that when you see said application - you don't necessarily know that it's being powered by RPA/Automation tools on the back end. From mobile apps and chatbots, to published widgets in a web interface - I believe this will be a huge area of expansion in RPA in the next 12-36 months.

Many organizations have been reaping the benefits of Automation Anywhere's intelligent document processing (IDP) solution, IQ Bot, to process invoices, PO's, billing statements, etc. My prediction is that intelligent automation goes beyond IDP in 2022+ to include taking greater advantage of human-in-the-loop processing...subsequently advancing automation even further.

Every time a user is making a decision/entering data into a system of record - that data should be recorded in an effort to see how processes can be further automated in the future.  Think about ALL of the data that your bots come across - from HR systems, CRM systems, custom apps within your org, processes with and without human involvement - every time a bot is entering data/making decisions/automating a transaction, data is being used. The data that bots use exists almost like a data exhaust - the remnants of the who/what/where/why for the transactions that a bot is taking and the responses a bot gets from various systems.

As automation efforts continue to grow, organizations will harness the power of that data exhaust to have better insights into decisions being made, actionable intelligence on processes, and ideally the raw materials (data) required for building expanded intelligence across their processes.

Additionally, this concept goes hand in hand with my prediction about expanded human/bot collaboration - as the input of humans on processing exceptions of bots can be used to refine and retrain the models bots are using in their decision making. How might this look in action? Continuing with the incoming mail classification example from above... every time an image is unable to be classified through automated methods, an exception handler (human) is responsible for providing guidance as to the appropriate classification of the low-confidence images. That human's classification decision should be fed back into the image classification model so that the next time a similar image comes through, the bot/model has a greater chance of accurately classifying this image. Over time, as the human continues to provide classification on missed images, and the model continues to have more examples of the correct classification for what were exception images - the bot/model can be responsible for a greater % of the work, while the human continues to handle any remaining exceptions.

Get it, mining...explosion? No? OK... Last, but not least, I predict that process mining will drive the next wave of automation opportunities.

Hot take right? Hear me out. From an Automation Anywhere perspective, this so far has meant asking users to record tasks in Discovery Bot which handles capturing/combining/comparing process flows and kicking off the process of bot creation. (As a side note, Automation Anywhere's recent acquisition of Fortress IQ will undoubtedly take this functionality even further moving forward). Future state, I think process mining moves well beyond episodic recordings of specific tasks that we already think are good for automation.

I expect intelligent process mining will continue to expand to full-time process intelligence monitoring that can not only identify the patterns in our work, but also identify inefficiencies and self-build automations to address repeating task patterns. This will likely be an eye-opening process for many organizations as tasks that weren't well documented come to light, and as tasks are identified that really aren't needed anymore which may have represented duplicative efforts.

Taking this a step further, process mining will include the intelligence to group together data at a team/department/organization level - to track a task from start to finish - beyond just what a single operator may contribute to an overall process. What does this look like in application? I think it automates parts of the data gathering and bot building that may be done by process optimization and bot-building teams.

Instead of someone going around asking each person what they do, how they do it, and where this is documented...common tasks/processes find visibility as identified by the process mining tool, and process optimization/bot building teams take it from there to dig in only to better understand possibly unanswered questions.

I also fully expect that bots can be fully self-created through this mining/task identification process - which promote themselves to ask if the user is "ready for a bot to step in". Secretly, I'm hoping this future state also looks like a bot opening a browser tab and logging into Facebook for someone while liking all of the pictures where their friends look pretty, but not too pretty every day at 10AM... because that's when/how they take their normal break. As much as these tools will be super helpful in capturing the business-critical tasks users do every day - they likely can't help but capture the non-work-related stuff that's done on a daily basis as well...so those tasks may find visibility as well whether we like it or not.

Suffice it to say that I'm optimistic about where task automation/RPA are going in the future. With more capabilities, integrations, and intelligence built into the platforms that we use to automate tasks - more automation possibilities will open up, along with the opportunity to view and task our bot counterparts. Will I look back on this in January of 2023 and say that I got all of this stuff right? Probably not, but it's for sure been a better use of my time to get these thoughts out than to go and microwave the chicken my wife made just ONE more time to be sure I don't get sick all night.