Global Sessions are now available in the DLL package, the Excel Advanced package, and the Terminal Emulator Package. Global sessions enable developers to share sessions across multiple tasks/subtasks without having to close/re-open sessions and files. This also means that developers can build subtasks with maximum re-usability in mind as subtasks can easily be used across multiple bots – even in situations where sessions would have previously prohibited such reusability. To try out these new Global Sessions, use the Excel Advanced: Open action to start a new Excel Advanced session. At the bottom of the action configuration, you should see the Create Excel Session field, which now enables you to set a Local Session, Global Session, or a Session from a Session Variable.

Object Does Not Exist Conditional Statements

Most all bots that automate some type of user interface go through a number of screens/interfaces as they process along. Example: Login to web app A, do a search for a user, validate that results show up, select the top result, begin transaction…etc. As a bot builder, it's extremely important that the bot is able to understand the context of the page/application screen that its currently on vs the page/application screen that its expecting. Conditional statements designed around the presence (or lack) of Objects is a great way to build this “awareness” into bots. The .22 release introduces the ability to determine that an Object Does not exist as a part of a conditional statement. This provides a great way to validate that a button/window has disappeared or that an object is no longer present on the page – which may signify that the bot is now able to move forward after a page load event. Check out the Object Does Not Exist conditional statement in the If package as well as in the Loop: While action. 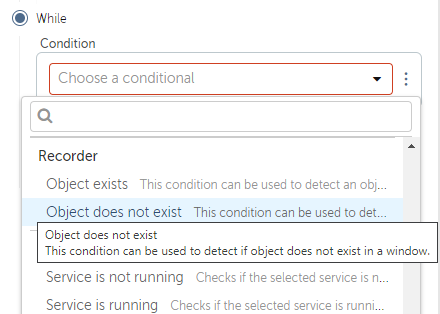 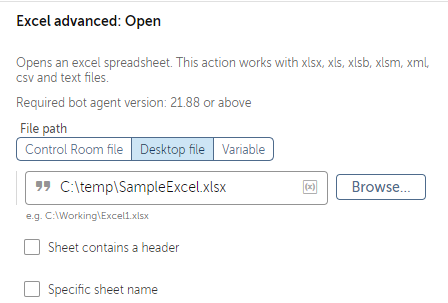 Oddly this is one of my favorite updates in the bunch. Dictionaries store key-value pairs in Automation 360, and are a great way to pass lots of values back and forth between. That said, up through the .21 release, you could only associate an existing variable with a key – which became a bit limiting when you wanted to assign a value from a list or a single-value from another dictionary to the value of a new dictionary.

Now, developers have the ability to continue to map variable to value (like was done in the Old Way pictured above) – but developers additionally can select to map a Static Value – which enables hard coding a value or inserting any variable supported by your Dictionary. Using this Static Value approach, you can now map values from a list, dictionary, or do on the fly value conversion like a Number Value to String.

Search within the Bot Editor is finally here! This could kind of be done previously just using the search functionality of the Google Chrome web browser – but the .22 release includes a real built in search capability. Search makes it much easier to find specific areas where a variable may be used or a specific action was applied. 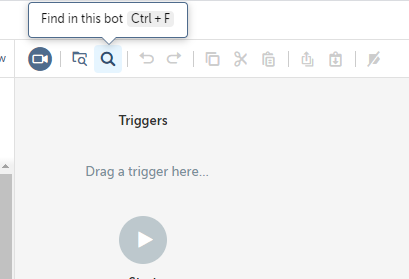 Using the search is thankfully super easy as well. You can either click the newly-added search icon at the top of the Bot Editor, or press CTRL+F. A search window will appear and you can start typing in your search criteria. Pressing the arrow keys on the UI will highlight each action/reference of the matched search. The “focus” of the Bot Editor screen will go directly to the match – so this is a helpful technique in finding actions within a much larger bot. 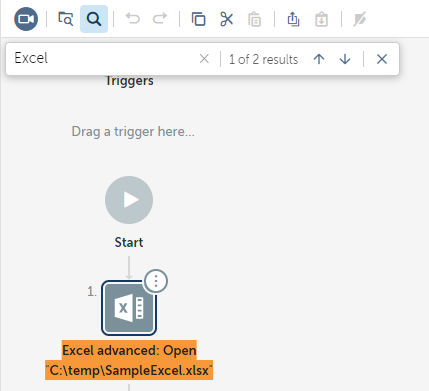